Delivery Rate, Open Rate, Click-Through-Rate et al. Rather variable in accuracy individually, but powerful assets when used in combination (and their individual limitations understood). But are they enough..?

The traditional suite of metrics available to the email marketer is numerous, but sadly not as numerous as the variety of problems that can befall campaign success. This leaves glaring gaps in the understanding of campaign performance, forcing a large amount of trial and error. The problem with trial and error in email marketing is the damage it can do to your reputation, which can take considerable time and effort to repair.

Fortunately, new methods of measurement occasionally surface to attempt to provide the missing picture, and today we will be looking at the Deliverability (or Inbox-Placement) metric.

There are additional, finer-tuned metrics such as Click-to-Open, but since they are mostly based on the above, we will focus on the more common ones for simplicity of demonstration.

Let's take a look at a typical 2-month run of weekly campaigns, set to highlight several common performance issues. First we will attempt to interpret the data with the traditionally-available metrics, then with the addition of the Deliverability Rate. Figures are based on an approximate mailing-list of 50,000 contacts and fairly typical bounce/open/click-through rates:

*Modelled by SendForensics as Deliverability Score

The missing inbox placement information can make all the difference:

There are many other scenarios possible, but I hope this brief breakdown of the analytical process behind a few simple campaign trends can illustrate the benefits of multiple metrics. It's true that looking at certain metrics for a standalone campaign can be individually very misleading, but over time, their combined use can be a very powerful analytical tool. 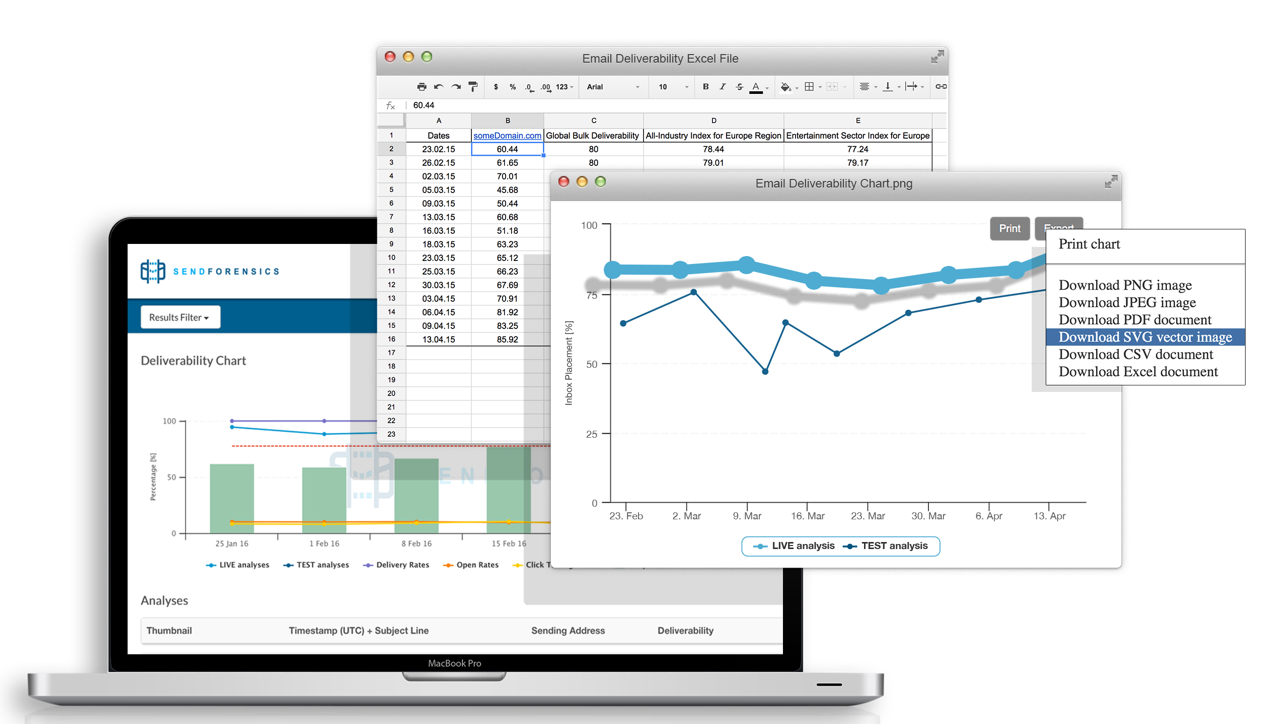 Calculate your Deliverability score for all your campaigns and optimise BEFORE you send. Download your modelled inbox-placement rate over time as ready-made graphs for reporting and presentation, or in Excel and CSV formats for combination with your other campaign data OR pull in your live campaign data directly alongside using our ready-made set of ESP plugins.

Get the full picture now! »