Having been somewhat critical of ISP seed testing for most of our history, today we released our own version of this controversial practice. I believe some explanation is called-for.

Basic attempts at measuring email deliverability have always clung to the accepted practise of firing off an email to various ISPs' mailboxes and reporting on which get through, and which don’t. Through extensive trial and error, the email marketer is then encouraged to improve this ratio by referring to 'best practices' (which may as well be 'guessed practices' given all the variables involved). 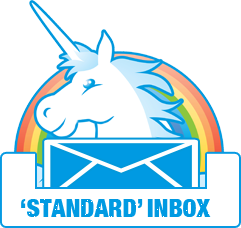 The fundamental problem with this effort is the myth of the 'standard' inbox. It is assumed that one Gmail inbox represents them all, or one Yahoo mailbox is the same as any other. Unfortunately, this is just not the case.

Although the providers have collective routines in place to identify and protect against the worst spam and scamming attacks, once you get past a certain deliverability-level, they begin to rely heavily on user-instruction and observation. They learn from each user's unique usage habits to determine what should appear in their inbox, and what should be quietly filed away to junk.

Over time this can result in very different filtering behaviour, and therefore inbox-placement success, between accounts on the same provider.

Another issue is that the spam-filtering systems behind the largest freemail providers can react very quickly to perceived threats. If you were to send a poor-quality email to a freemail inbox a few times to test acceptance, it is possible that by the time you send your live campaign, that provider will already have categorised your email as spam and throttled, or even blocked your efforts completely.

This kind of adaptive system can be seen on a much wider scale from the effects of fluctuations in global spam activity on the overall deliverability environment. Although constantly changing, there is a variable delay in place; an effect of the disparate spam-filtering systems talking to each other and gradually disseminating information (Realtime Blacklists play an important role). However, when it's one specific provider reacting by updating its internal routines, it can happen much faster.

So why do it at all?

Despite the issues, all is not lost. There are genuine reasons for leveraging seed testing if it can be combined with something more quantifiable.

For one thing, if you are marketing to a B2C list, it's very likely that a significant percentage of records will be addresses at the common webmail providers (fig.1). So, if you've unknowingly done something to your campaign that one or more of these global providers have a problem with, you're going to lose a large chunk of your responses. Standard inbox placement testing can give you the ‘When’, but the million-dollar question has always been the 'Why?'.

I should put in a reminder here that good list maintainance plays just as important a part in the process of reaching a freemail-heavy mailing list. Sending to non-existent addresses and honeypots can ruin your reputation with a specific provider as much as sending terrible email can. However, we are concerned here with the deliverability part of the process; you have an email to send to a valid address, we're now making sure it gets to that inbox as intended.

Back to the decision to provide our own solution to the conundrum. With the huge amount of data the core SendForensics engine provides, it has become possible to analyse statistical similarities between different inboxes under one provider. This has allowed us to begin to identify the common deliverability traits that can make it harder to reach them and, we believe, taking us closer to the 'Why?'.

The system's analysis also provides for a deliverability pre-screening, which ensures that any emails likely to incite a rapid filtering response are not passed on for inbox placement testing. The critical problems can then be fixed without the risk of blacklisting in a specific provider's memory.

So, although the 'standard' inbox still doesn't exist, with enough data it is possible to divine the patterns that can help reach a greater number of inboxes across the board. I will close with a shameless plug. Check out our new inbox placement feature today.